The history of footwear - find out interesting facts about the history behind footwear
This online shop is using cookies to give you the best shopping expierience. For further information look at our privacy policy.

The history of footwear

Find out some interesting facts about the history behind footwear

More than 40,000 years ago, people developed a need to protect their feet against adverse external conditions. It took several centuries, however, until the fashionable and comfortable footwear that we are familiar with today became available.

During some research conducted on the Tianyuan cave in vicinity of Beijing, scientists established the theory that humans were actually familiar with shoes more than 40,000 years ago. This theory is based on their observations of the development of human bones, as wearing shoes changes and reduces strain on the bones found in the feet. These mutations are visible in archaeological bone findings although no actual shoes have been found from this period as it stands.

The first-ever illustrated evidence of shoes can be found in wall paintings. These paintings, which are approx. 13,000 to 15,000 years old, show hunters with animal skins and furs wrapped around their feet.

Significant discovery in the history of shoes

A big finding when it comes to the history of shoes was the discovery of the glacier mummy “Ötzi”. It was a clear evidence that people were wearing footwear as early as 5,000 years ago. The shoes of the mummy were lined, laced-up and featured a separate, treaded sole. Different kinds of leather was used for the upper shoe and outer sole.

The simplest shoe form – the sandal – was invented by Egyptians as a protection against the heat of the sand. Examples of these were found in excavations dating back to approx. 3.000 B.C..

Welted shoes dating back to as early as the Middle Ages

It is remarkable that the first shoes were welted as early as the late Middle Ages, meaning that the shoe construction that we still use today actually dates back to this period. This technique was used, amongst other reasons, to create a new, fashionable trend: broad shoes with short tips (also called “duck bill”, “cow-mouth” or “bear claw” shoes).

Heels first came into fashion in the 16th century. Originating from Spain, the trend of ladies’ shoes featuring a platform attached to the soles spread to England, France and Italy. At the very beginning, they were used as a necessity in an attempt to keep women's feet raised away from the dirty streets. The positive associations regarding fashion (i.e. elongated legs, a slimming effect and appearing taller) are ideals that have arisen more recently.

Although shoes did not feature a heel until this time, they became popular in shoes for both genders in 17th century. This was not just down to fashion reasons - they also had practical uses. The heel made the shoes more durable as it could be simply swapped or replaced when it became worn down.

The industrial revolution altered society and its demands

The serial production of shoes became possible for the first time in 1830 as a result of industrialisation. The invention of the sewing machine enabled to large-scale development of the footwear industry. What was once merely a handcrafted tradition characterised by the individual manufacturing of products became an industry with a focus on serial production. This, along with other technical advancements of the industrial revolution, made shoemaking cheaper and more cost-effective than ever before. Whilst shoes were once an extremely expensive luxury, meaning that many people were not able to afford shoes at all (instead wrapping their feet in linen, wearing wooden clogs or walking barefoot), by the 19th century, shoes had become accessible for large sections of the population.

Up until the middle of the 19th century, no distinction was made between the left or the right shoe. Only standard lasts existed. The shoe was not bought to fit the foot, but rather the shoe adapted to the feet through wear.  Production methods were refined during the course of the industrialisation during the 19th century. This was when measures used for length and width first emerged - the same ones that are in use today. Differentiating between various lasts and producing shoes in pairs became a standard process in manufacturing. This progress was achieved through the two-ball design of the sole and the cut of the vamp.

The way in which society was constantly changing, as well as the class system being abolished and more classes within the population promoting the industrial revolution also had a positive impact on changes in shoe fashion. The division between the aristocrats and the commoners no longer existed. The middle classes rose in prominence and shoe fashion reflected this, becoming more tailored towards these people. A man working for a factory owner also needed practical footwear – namely work shoes. Only a few people could afford an additional second pair – so-called “Sunday shoes” that were primarily worn for going to church. Increased levels of wealth were shown by the women in the family, with the first basic signs of women’s shoe fashion emerging across society.

?
Sign in with your Amazon credentials and easily pay with the address and payment information stored in your Amazon account.
© 2020 Sioux Online GmbH | Alle Rechte vorbehalten 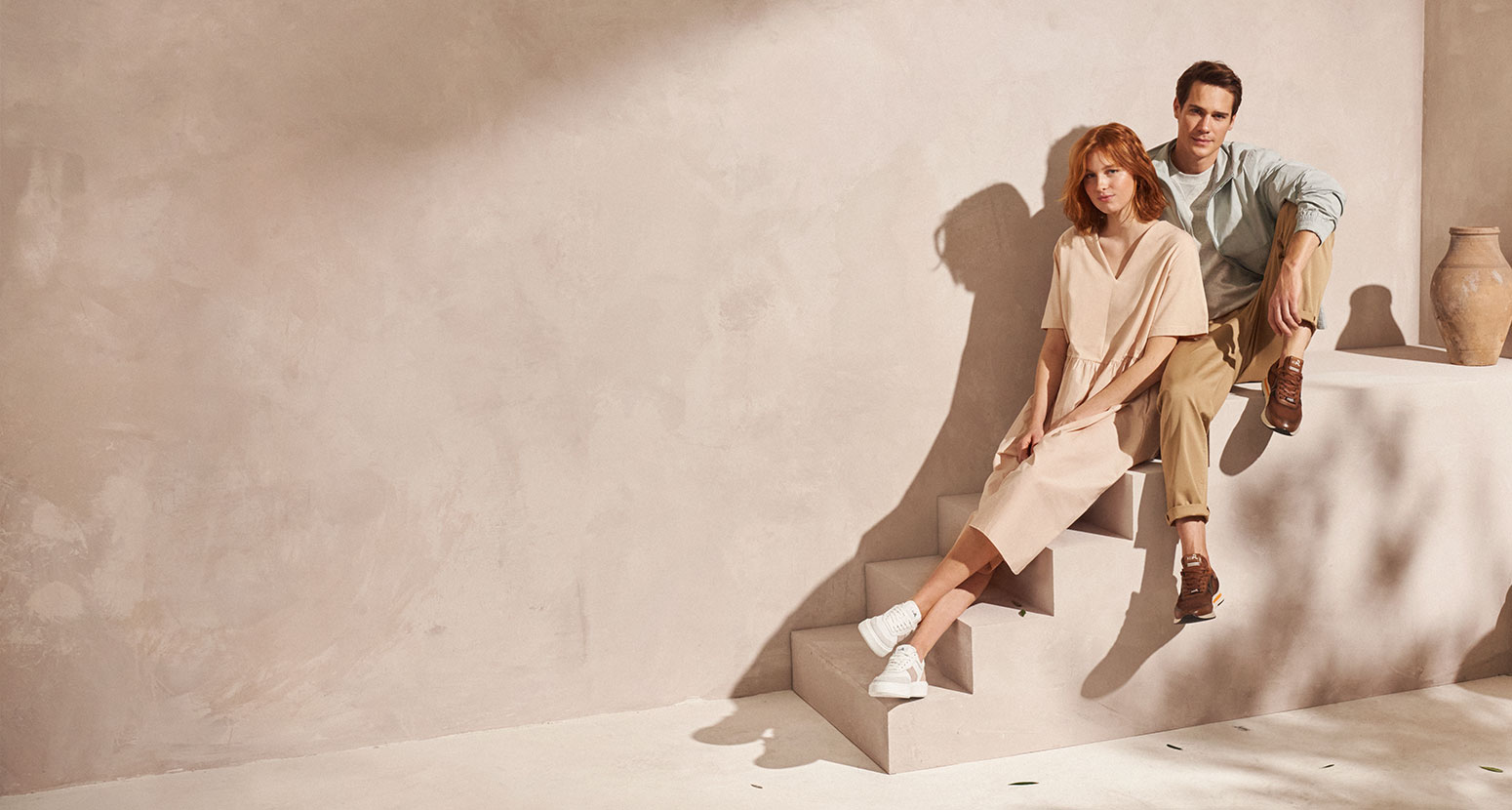